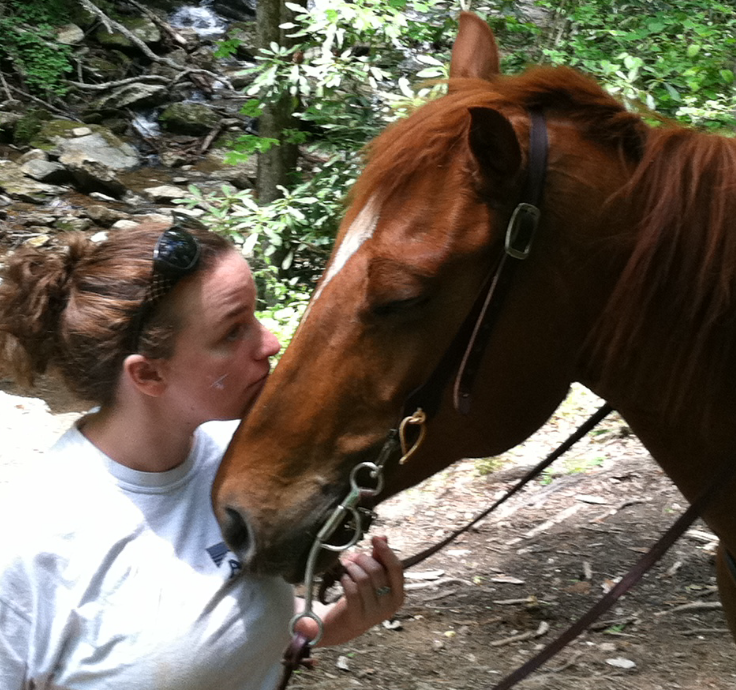 Britt received her Master’s of Science in Social Work from the University of Tennessee, Knoxville (UT) in May of 2017. Before receiving her MSSW from UT she studied at Appalachian State University (ASU), in Boone, NC, where she received a Bachelor’s of Science in Psychology. While at UT, pursued the Veterinary Social Work Certificate, which was a major contributor to her interest in UT. Britt’s dream career involves working with children and animals in a therapeutic setting. Britt wants to create and facilitate equine assisted therapy programs in the future as well as to become involved in legislation and advocacy efforts associated with equines. Britt grew up on a horse farm where she became a lifelong lover of animals. This allowed her to observe and experience the powerful bond humans and animals can form. Britt has also witnessed this bond through assisting in hippotherapy programs for people with disabilities. She states that connecting to an animal elicits strong emotional responses that are difficult for her to describe in words. Britt hopes to assist others in making such connections in a way that will enhance their quality of life and mental health. Britt is pictured with her horse, Tucker.