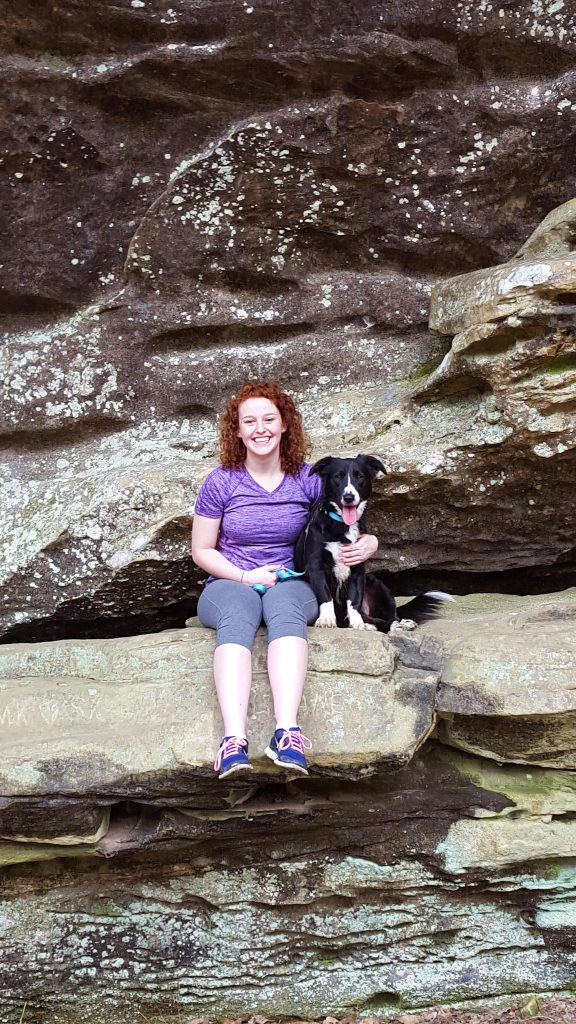 Whitney came to Veterinary Social Work because she believes there is so much untapped potential in the healing power of the human-animal bond. Her field placement was at the Carey Counseling Center in Huntingdon, TN. Whitney will be working in the Chattanooga school system doing animal assisted therapy. The position, was not advertised as AAT, but Whitney talked about her VSW certificate in the interview and the agency jumped at the idea! Whitney’s future goals involve getting her LCSW, and working at a veterinary hospital at some point in her career. The most rewarding part of the program for Whitney was the VSW conference. She stated, “I  learned so much and left feeling empowered and inspired.” The most challenging part of the program for her was trying to locate a placement that incorporated VSW. Whitney ended up getting creative and incorporate the competencies in a less direct way.